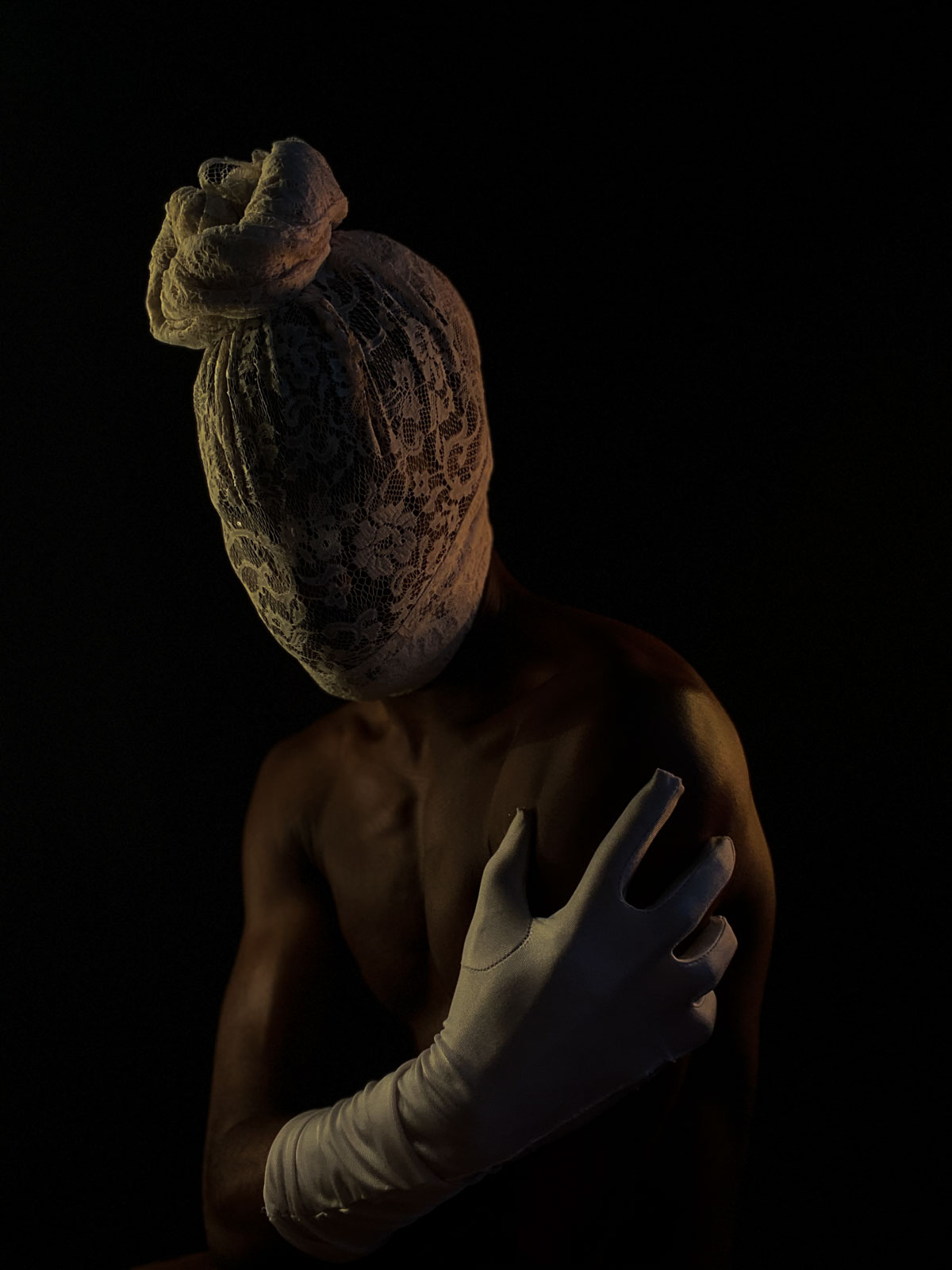 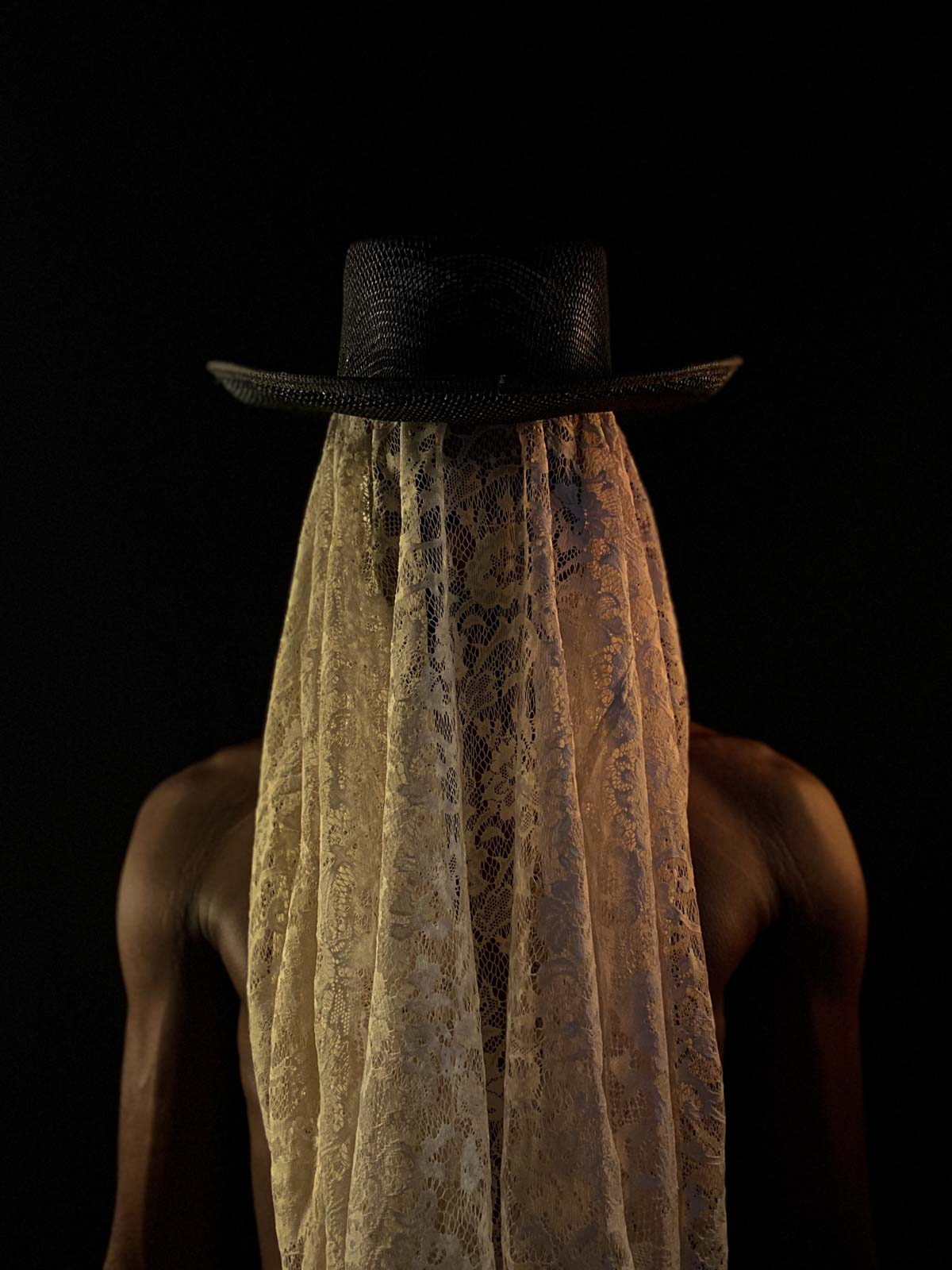 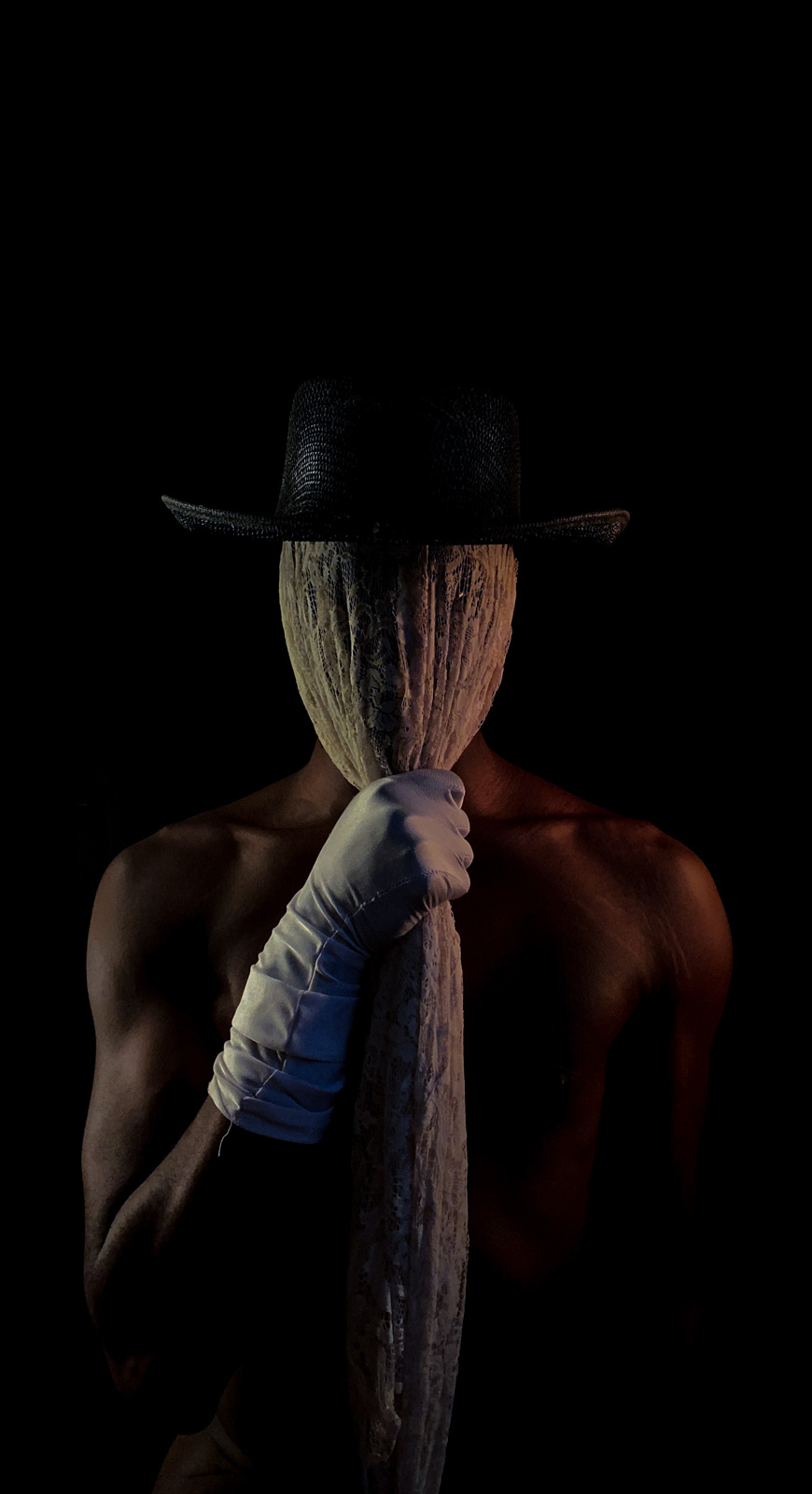 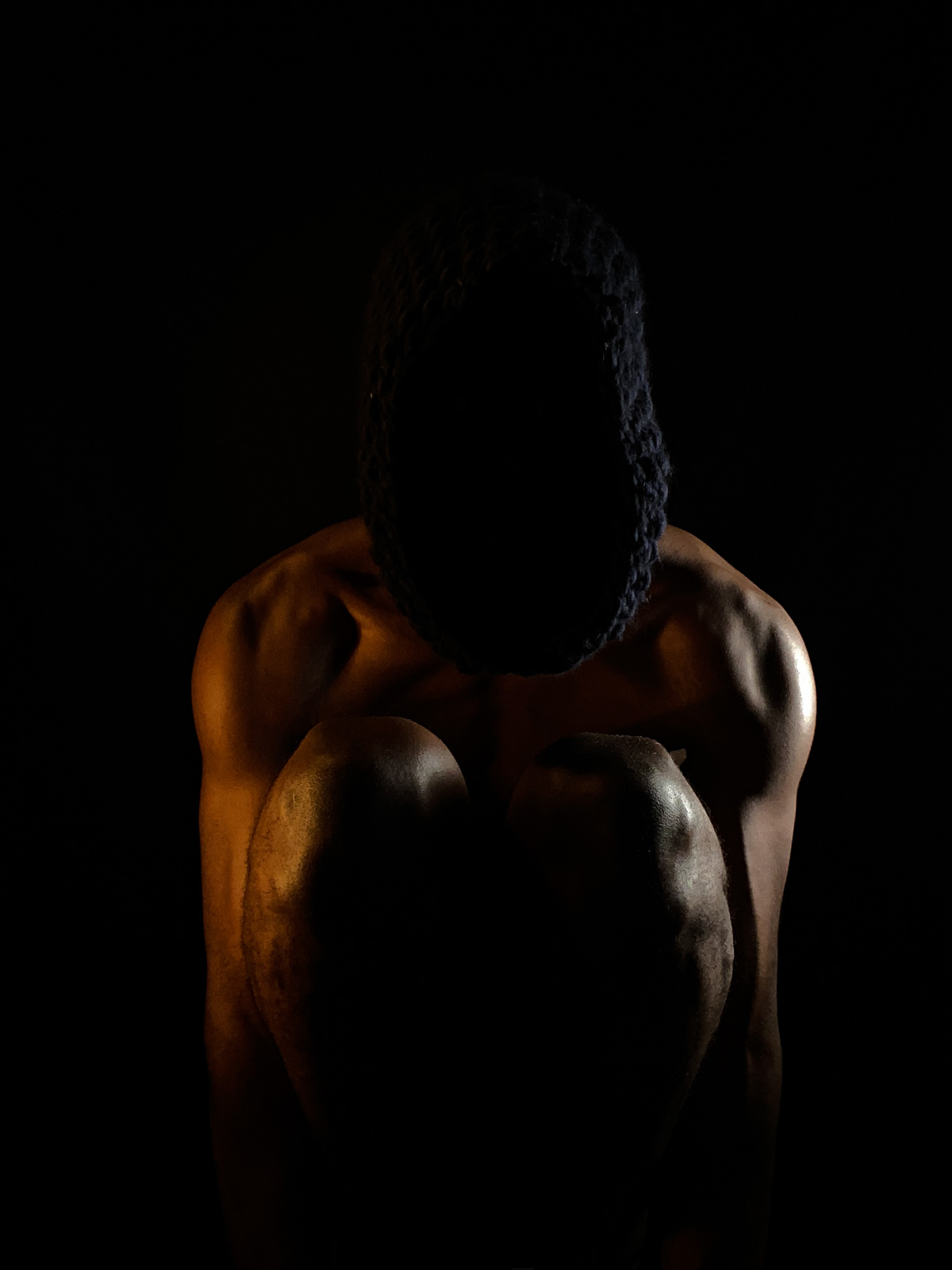 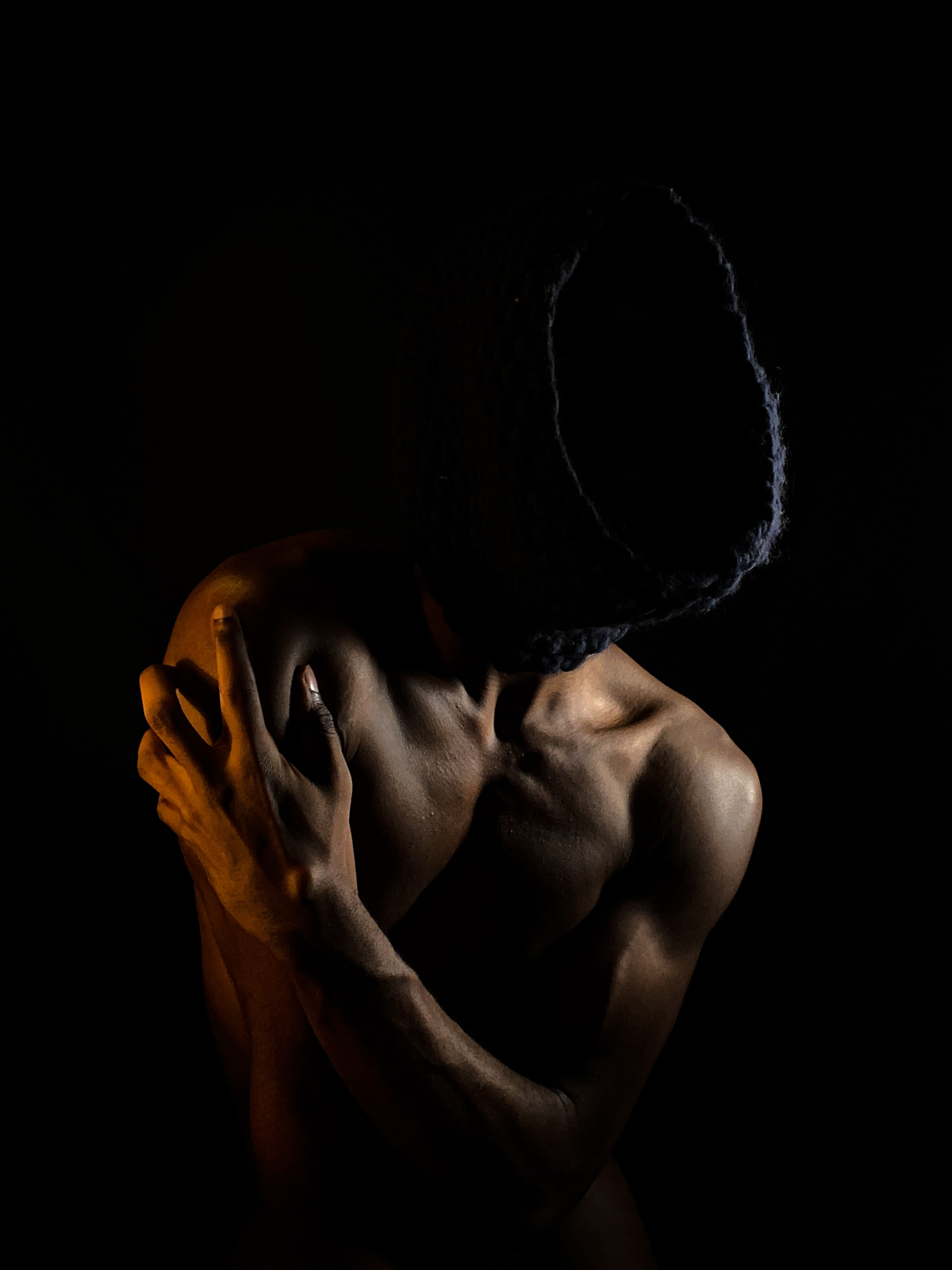 With this work I wanted to place the Black body in a time and space where Black bodies were not seen as beautiful or worthy. During the Southern Antebellum Era (also known as the “Plantation Era”) Black people were abused & enslaved in disgustingly inhumane ways. Towards the end of the Antebellum Era Black people began their trek on the road to freedom. I primarily wanted to reverse these roles and reclaim the abuse by creating these character figures using my own Black body. The “MASTER” represents a slave owner, “LABELLE” his wife and “TUNNEL” their child who is born into a world of hateful teachings.

LJ Glanton is a multi-media artist based in New York City. As a young Black creative, LJ aims to use the medium of film and photography to restructure how the society typically views black bodies in media and placing black bodies in atypical spaces that are generally whitewashed. LJ aspires to use his creative language to fuse both protest and aesthetic stimulation to create “Visual Activism.”

Western art canon can be seen as a white dominating principle that does not necessarily highlight the Black experience. Your work, on the contrary, is all about the glory of Black bodies and the beauty of Blackness. Can I say that you use your own body as an instrument for making art? As a queer artist of color, why is it so important to emphasize the body?

After many years of struggling to find my confidence within my Blackness I realized the Black body in and of itself is art. The resilience of existence and consistency of excellence is sublime and needs to be seen as a work of art. I incorporate my own body into my work to show where and how Blackness over generations has arrived and continues to pioneer mainstream trends. As a queer Black individual, it’s important to emphasize the body because flesh in general should be relatable from race to race… but it’s not… and it’s because of a lack of knowledge and consistency of proper representation.

Black Lives Matter is considered as one of the largest movements in American history. It is not only domestic; the movement is also international. We are seeing changes happening in all industries, especially in the arts. What is your take on this movement? How does this movement inspire you as an artist?
I have been invigorated by this moment through being pressure cooked in the depression of it all. It’s been both devastating and inspiring to see such an influence worldwide. I feel that through these exposing times there’s a lot of self liberating happening especially with young Black creatives. We are no longer desiring to uphold our work within the rubrics of success from white institutions, rather, we are creating our own spaces and collaborating with other Black artists to prove to the world that we need nobody but ourselves. I am the most passionate, confident and grounded with my art right now.

I understand that besides photography, you also focus on videography/art film. You have an upcoming short film coming up, would you like to talk a little bit about this new project?

I am in the process of writing a docu-series to continue to educate and illuminate Black beauty. It will essentially delve into the very diverse and complex mindsets of young Black creatives and how we exceed the margins that society has put us in. It is the biggest project I have spearheaded, and I will be working with so many gifted artists to bring it to fruition. I want to diversify this series by rooting it in beauty. I plan to have it be part interview (group setting and one on one) as well as it being part performance. I want to shoot it almost in the way music videos are shot with elaborate sets and colorful lights to beautifully frame the beauty of these individuals. I plan to begin filming within the next two months.

We are seeing an unstoppable force for globalization, and it manifests significantly in its transculturalism. What is your take on the globalization of cultures? Do you have any thoughts on the concept of cultural appropriation?

I personally believe cultural crossover is an inevitable force. However, I believe that while cultures merge there needs to be boundaries set to maintain respect and eliminate stealing. We must remain rooted and educated in where things come from and put the people of those cultures front and center when we showcase these things instead of only showing whitewashed versions of things that are sacred to someone’s identity. Integrity.